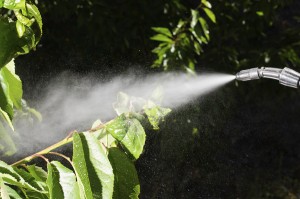 During dreary winter days I envy a plant’s ability to go dormant. I’ve considered putting a sign on my office door stating, “Dormant – do not disturb until spring”.

This time of year it is often recommended to spray “dormant oil” to control insects on everything from fruit trees to lilacs. But is it just any oil sprayed when the plants are dormant? Some commercial dormant oil sprays are refined from petroleum oil. But Dos Amigos Landscaping uses an eco-friendly horticulture oil made from Cottonseed Oil. Unlike home remedies, commercial spray oils have an emulsifier added to allow the oil to mix with water, so they won’t be damaged by rain.

Applying “Dormant Oils” kills exposed insects and mites by either suffocating them (covering up breathing tubes) or by directly penetrating the outside cuticle and destroying internal cells. Spraying dormant oil after bud break and leaves have emerged will still control the pests, but it may kill the young leaves or cause leaf edges to turn black if the correct oil is not used at the proper rate. So it is best to apply these oils in the dormant season—here in Virginia that means between February 1st to March 15th, with variability for the specific weather pattern of any particular year.

The cost of applying the Dormant Oils is generally nominal—you don’t have to spend a lot, to protect the high value of landscaped trees and shrubs.

Dr. Phil Nixon and Dr. Raymond Cloyd of the University of Illinois outlined the benefits of making an application of dormant oil.
Advantages include:
(1) a wide range of activity against most species of mites and scales, including some activity on eggs;
(2) minimal likelihood of insects’ or mites’ developing resistance;
(3) generally less harmful to beneficial insects and mites than other pesticides
(4) relatively safe to birds, humans, and other mammals.

Disadvantages of using dormant oil are:
(1) potential plant damage if incorrect oil is used or used at improper rate during the growing season and
(2) minimal residual activity to kill new pest infestations.

Dormant Oils are a great alternative to chemical pesticides. These oils don’t increase pesticide resistance because their mode of action is mechanical, not chemical.

Dos Amigos Landscaping can apply “Dormant Oil” to your important landscaping shrubs. Holly, Boxwood and Azaleas often benefit from this treatment. We have the equipment to spray upwards from underneath the plant, which makes it more effective since many of the pests hide on the underside of the foliage. The homeowner does not have to do a thing. Just contact us, and we will stop by your property to inspect and assess your landscaping plants. We will provide a proposal, including any remedies for other issues we may have identified when inspecting your valuable landscape trees and shrubs. And then schedule the treatment at the optimum time.

Over The Hedge Topics 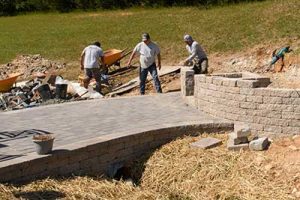